Over the next few days this new mismatched family got to know one another, they laughed, for some this was the first time in ages, for others it was just nice to know they could be themselves in the company of like minded buffoons.

In this time they watched Sven and his team come and go, muttering about Narnia this, Narnia that and how people would go simply mad for what they had discovered. But whilst Sven and the gang thought the gigantosaurus’ where just chilling minding their own business, they were actually squirrelling away tools and scraps of card all in preparation for “pimping” out their new home.

It was late the night before the “grand unveiling” as Sven had called it and the gaggle set to work.

“NO, No, don’t cut it like that!” Snapped Crunch, “let me do it, look my teeth can cut that much better.”

“Fine, you do that then, I will help Charles with the electrics for retro box.” Agreed Fredrick.

” Now alls we need is Christine to pull it all together!” purred Colin.

Then before their eyes Christine had used her many legs to pull the contraption together. And it was ready! They had built an old school disco light, that used the retro record box to spin. The results where simply hypnotic. 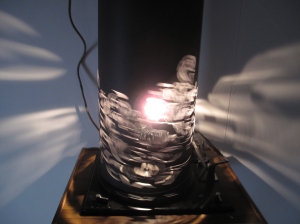 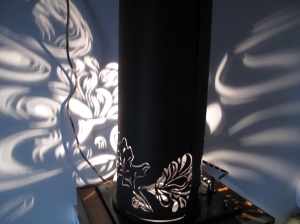